If you want to have a sunnier outlook on life, look for the good in a bad situation. 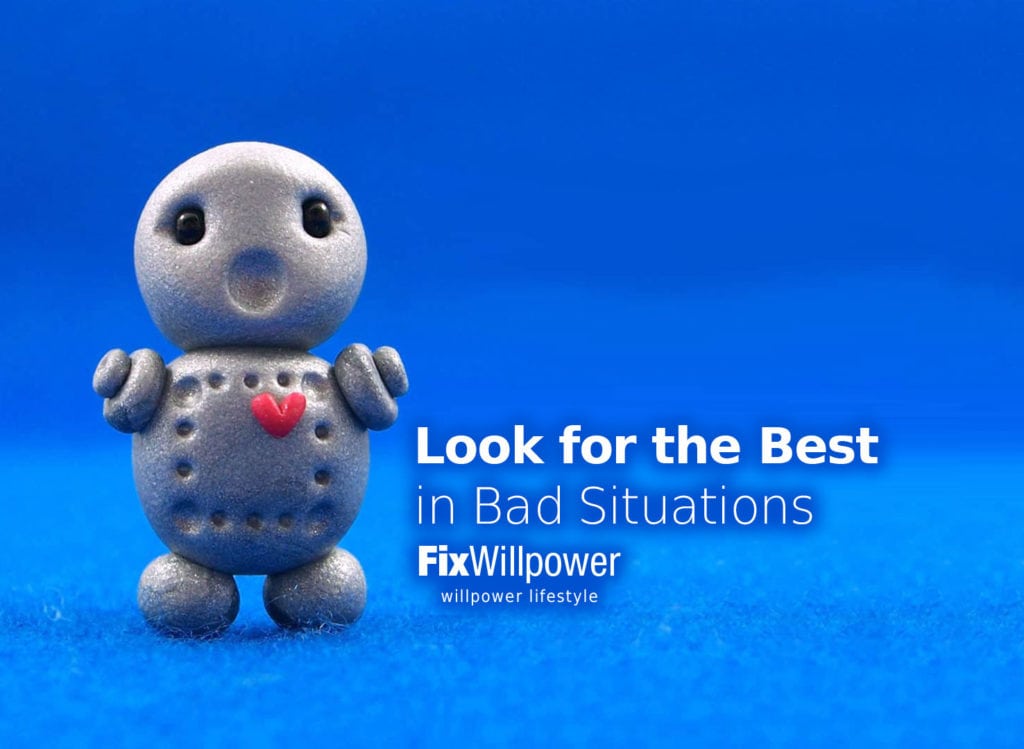 Your mind is working with the material you focus on.

So, feed it with the inputs that lead to positive outcomes.

Always look at the bright side of life.

How to focus on good things?

For most of my life I have had a “short fuse.”

There’s not much use to focus on good things if you only remember it after you have emotionally exploded and alienated everyone.

You can find the tools to help you become calmer and build a habit of focusing on the positive in this article.

When someone does or says something, that frustrates or annoys us; many people tend to react in a negative way. The reaction is often defensive or retaliation. I have seen this happen even to the calmest people.

I have had a lot of problems with this reaction.

On the one hand, you could have misunderstood the situation and react aggressively to something the other side meant as a positive interaction. On the other hand, reflexive reaction to aggressive behavior may lead to escalation and serious consequences. You can avoid escalation, focus on what happened. The third option is that the action was an accident, plain incompetence or stupidity.

When something doesn’t go as expected, many people react by getting annoyed, irritated, or angry. To manage your reaction, use the process that helps you keep calm. Keeping calm gives you time to analyze what happened.

Frustration is a pointless feeling. Especially if you are frustrated about inanimate objects.

When you deal with people, the key is to assume the best in people.

Large part of bad behavior happens because the other person acted in a way you don’t like. Unexpected events mean you should respond with interest.

Why did he do that?

The unburdening effects of forgiveness:

Stop Your Negative Self-Talk: Find out how being aware of how you use self-talk helps you understand what you really want and improve your entire life.

Read next:  How to Give Yourself Credit [and Why It Matters] 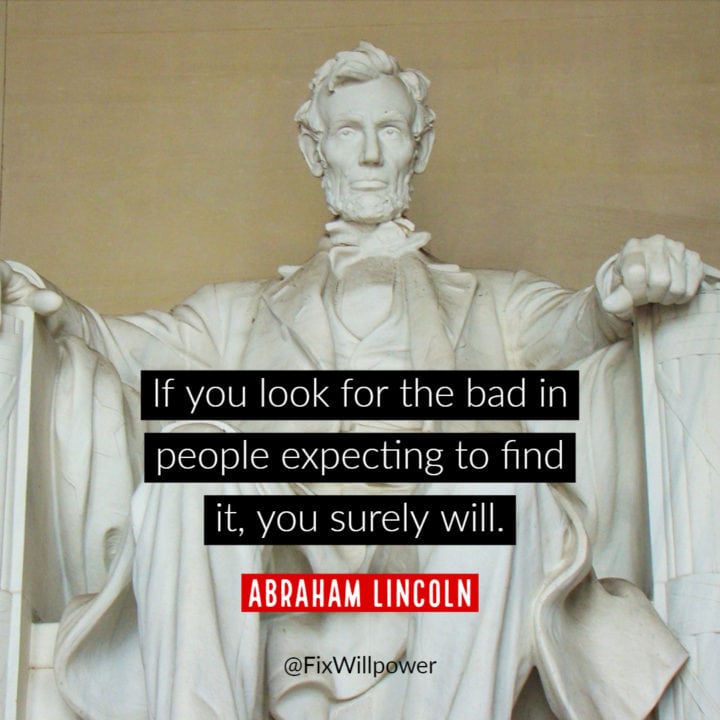 If you look for the bad in people expecting to find it, you surely will. ~ Abraham Lincoln

When something happens, react by being surprised and interested.

Slow down, focus and try to take in as many details as possible. The details will give you a basis for later action.

When someone says something mean or acts in a way, that may not be the best behavior. It would surprise you that people can act in this way. The situation should pique your interest. Attempt to understand what happened that made that person act in this way.

Later, the understanding helps you work out a solution if you want to. Surprise and interest lead you to the next step.

For example, if your kid comes home with a worse grade than expected, then ask what happened.

Tip: Cultivate the curiosity response in all situations, then you have more options later.

Whatever happens, there’s usually a positive intent behind it from the offending side. People usually mean well and the bad things are communication errors and accidents.

Judge others’ behavior by the intention they had. People usually mean well, but sometimes circumstances lead to adverse outcomes.

Judge your own actions by result. If you did something that turned out badly, then you are responsible. Always look for what you could have done differently.

In the above example, you can be pretty sure kids rarely want to get bad grades. There were reasons. 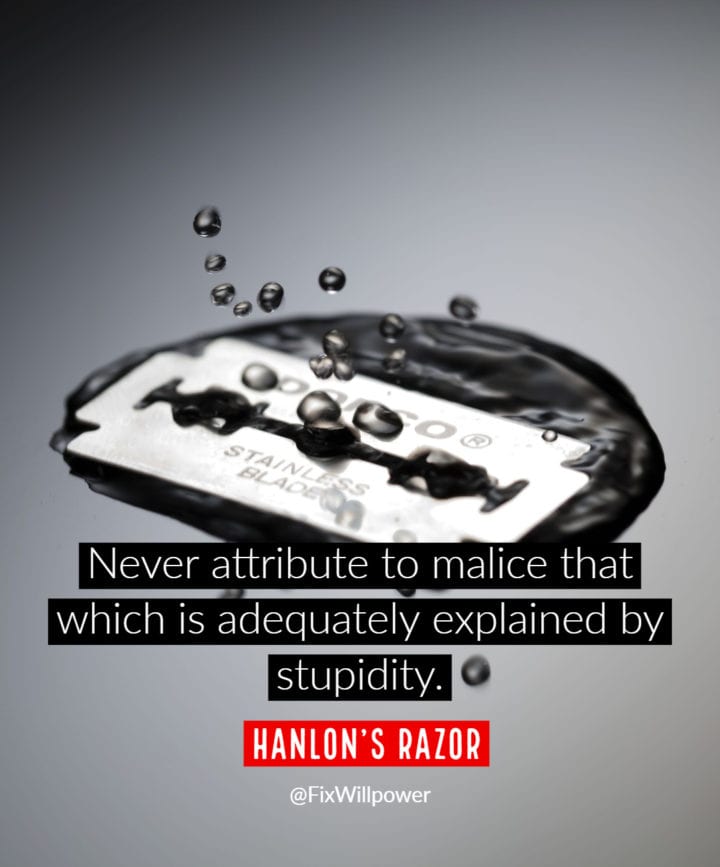 There’s aphorism Hanlon’s razor: Never attribute to malice that which can be adequately explained by stupidity.

Of course, you don’t have to think everybody is stupid. But Hanlon’s razor helps to see that bad intentions are not behind most behavior.

Tip: Let people know that you can help when something goes wrong. Offering help defuses the situation and assumes that the other person wants to improve the outcome.

Evaluate how to react and express your assumption of positive intent. Let the other side correct their mistakes and give them another chance to get it right.

“Hmm, what do you mean by what you said/did?”

Do not criticize, do not pass judgment.

If you focus on the person instead of the situation, then a fight-or-flight response kicks in and your conversation will not lead to anything.

There’s plenty of time to assign blame later. Your open questions may lead the other party to correct their actions. Then you simply let it go.

Avoid the “why” question, as it may sound as a criticism to the other person.

By now, enough time should have passed that the situation has defused. You can use this process to deal with all interactions from dealing with colleagues at the office to road rage accident that may have serious consequences.

Read next:  Are You a Workaholic and What to Do About It? [VIDEO]

And even if the other person was really a jerk and intended everything they did, cut them some slack. Try to understand their point of view. Maybe they were just fired, dumped, or they had to get to the airport in the next 3 minutes.

Tip: Always ask open questions about the situation and not about the person. A version of “what” is usually the best approach.

If the offending person is someone important in your life, find out what’s bothering them. Try to make their life easier. Find ways how you can fix whatever happened and help to avoid it recurring in the future.

If the behavior is becoming a pattern, rethink the whole relationship. Learn to talk about the serious issues in your life.

People are not usually bad, but there are circumstances that make the best of us act like assholes.

Learn to take it in calmly and not get too exited. Even when there’s a good reason to get mad. Get mad when you want to get mad, not as a knee-jerk reaction to other people’s behavior.

Besides getting along with people, you will see this approach helps you build your self-control and willpower.

Tip: Learn how to react in different situations so you can minimize the problems when similar events happen again.

When something terrible happens

Above, I discussed the things that may seem bad at the moment they happen.

But what to do when something irreversible happens. An accident, illness, or death of a close person.

These events test your character, and each of us reacts differently.

Try to be the rock people closest can lean on when needed. Help yourself and others by staying calm and composed.

And sometimes you just have to let it all get out. Find the people who you can lean on hard times. The people are the good side in these situations. Build resilience and dependability to get through anything. These character traits will be the best thing you can have. 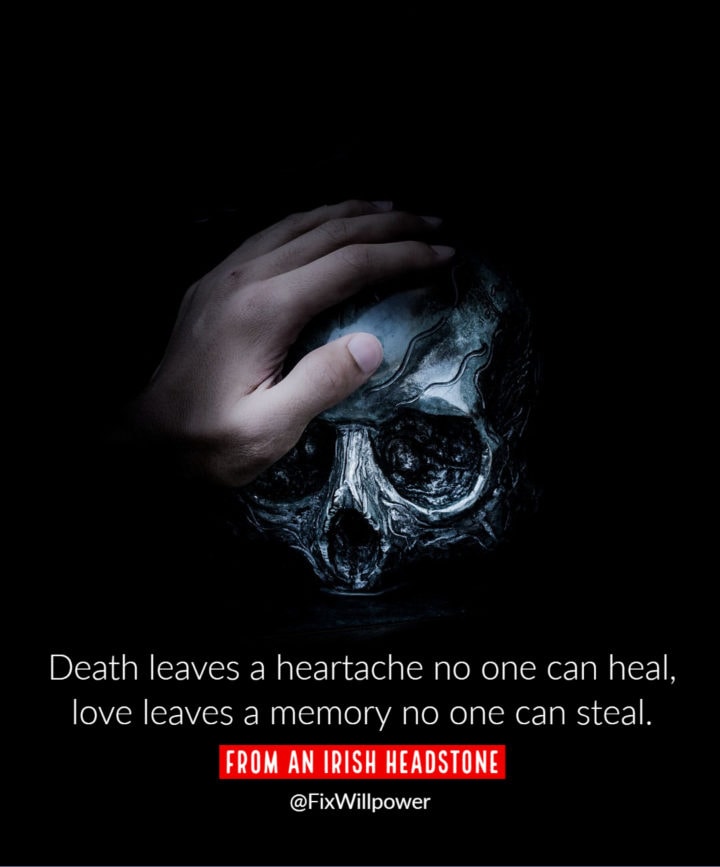 Death leaves a heartache no one can heal, love leaves a memory no one can steal. ~ From an Irish headstone

Whatever happens, other people have had it worse and got through and flourished. Be curious, open, always assume the best intentions.

Now practice the habit of reacting with interested surprise to all negative events and always assume positive intent by others.

How to Find and Do Work You Love: Scott Dinsmore [VIDEO]

Talk to People! The Only Way to Solve Your Problems

Why You Should Pick Your Own Path [VIDEO]

Founder of FixWillpower.com. I created FixWillpower to help you reach your goals. I have struggled my entire life to be consistent and avoid procrastination. The goal is to have a good life, do the things you love and get your results with minimum effort. FixWillpower website is about how I create motivation and productivity in my life. I write about the tools and techniques, best books, scientific research, and everything else that helps you move faster and stay on track. Minimum effort doesn’t mean slacking off. Minimum effort is about effectiveness and productivity. If there is a way to reach a goal in a shorter time or with less exertion, then you should use that. I will help you be smarter and reach goals faster. About FixWillpower
Tags: ig, point of view, willpower exercise