Do you procrastinate sometimes?

I procrastinate so much that it’s probably the most important limitation I have in my professional life.

Procrastination has been with mankind for thousands of years. We just can’t seem to get a handle on it. 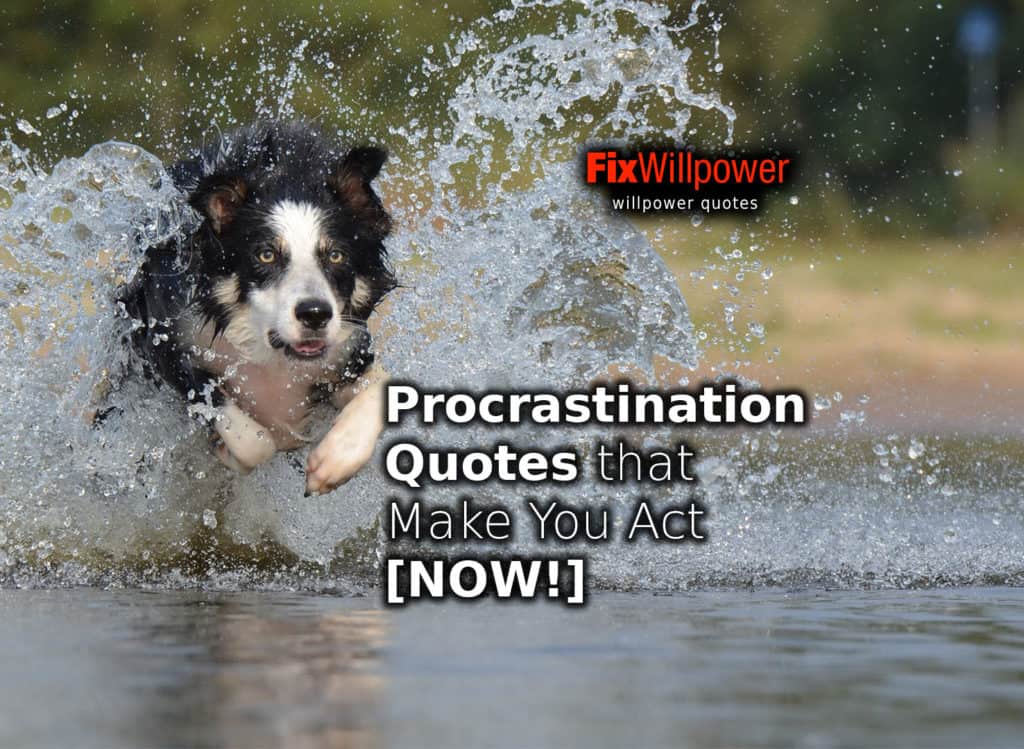 One of the main reasons behind it is that we try to avoid the negative feelings associated with the big task we must do. Instead, we do something else, that is easier. The easier task can be a real productive thing, but we should focus on the big task.

Quick tip: break the big task into manageable chunks.
For example, you can use the Pomodoro technique.

You can be a procrastinator and still become great at what you do.

I have created procrastination quotes images that you can print out or share with your friends.

Now is the right time. Start! Take the smallest of steps to get the momentum going. When you start your brain will accept the situation and will reach even your most audacious goals. Read more about How to Stop Procrastinating. 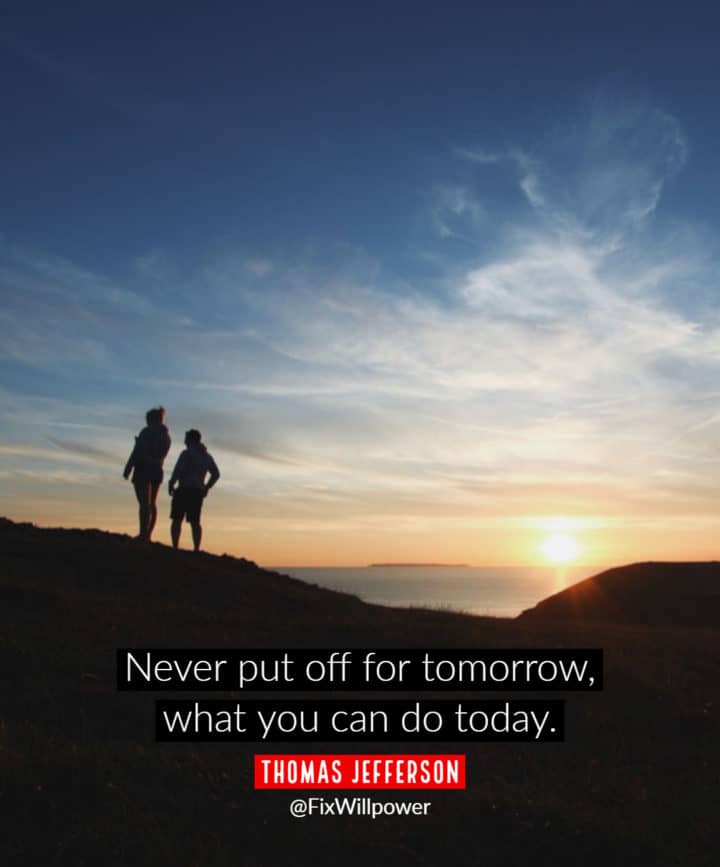 Never put off for tomorrow, what you can do today. ~ Thomas Jefferson

Nothing is so fatiguing as the eternal hanging on of an uncompleted task. ~ William James

The best way to get something done is to begin. ~ Anonymous

You have to have some spice in your life. Here are the quotes about procrastination that may make you laugh. Remember that the best way to stop procrastinating is to forgive yourself and start. Read what funny procrastination quotes have others found in their unending battle with procrastination. 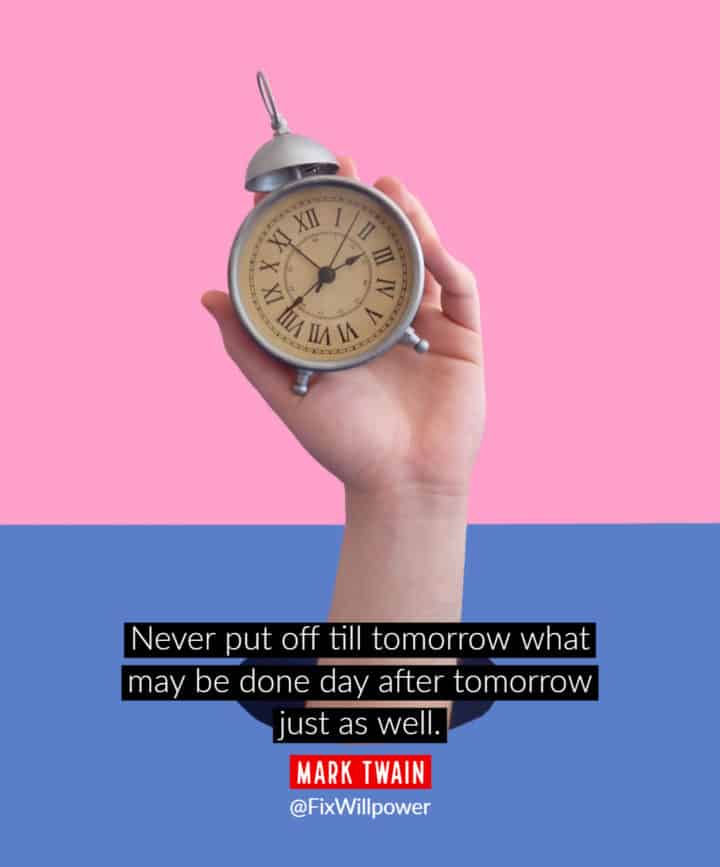 Never put off till tomorrow what may be done day after tomorrow just as well. ~ Mark Twain

Tomorrow is often the busiest day of the week. ~ Spanish Proverb

A perfect method for adding drama to life is to wait until the deadline looms large. ~ Alyce P. Cornyn-Selby

Read next:  How Self-Affirmations Make You More Confident [and Less Anxious]?

If you have to do something, then you should not waste time. Your competition can blow right past you while you hesitate.

A year from now you may wish you had started today. ~ Karen Lamb

The greatest amount of wasted time is the time not getting started. ~ Dawson Trotman

Often, when procrastinating, you don’t just sit there. You do something, but it’s not what you should do. Read why you need to stop wasting time on low-value activities.

Our lives have a need for speed. When you procrastinate, your speed is zero. Get going! Take baby steps. It doesn’t matter how fast you go, it’s always faster than procrastination. 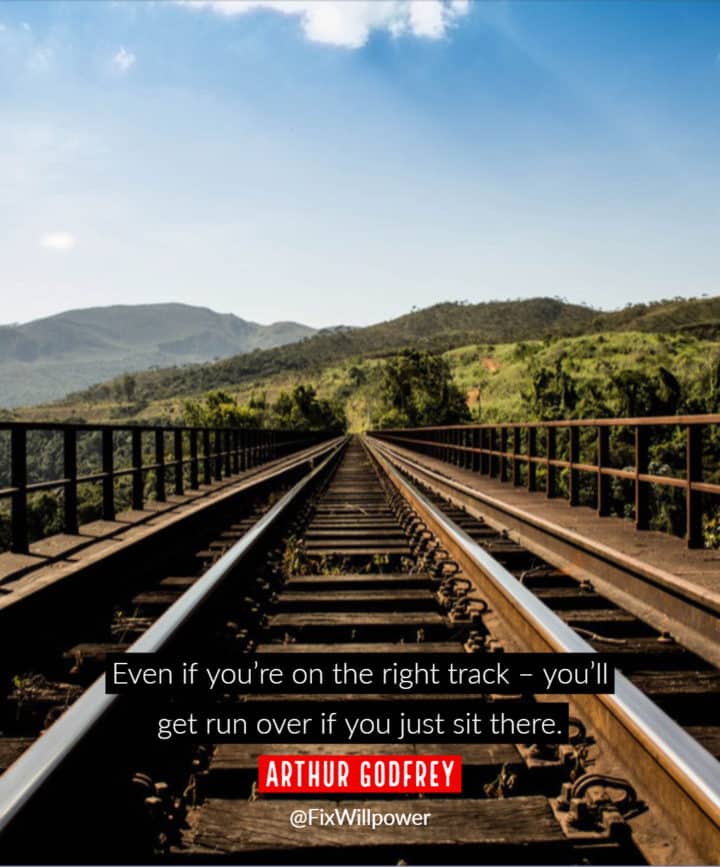 Even if you’re on the right track – you’ll get run over if you just sit there. ~ Arthur Godfrey

There will never be a time when everything is just right. Start now and in one minute you are closer to perfection than you are before you start. Real creators ship. Procrastination is like a prison where you can see how others get results but you only sit there. 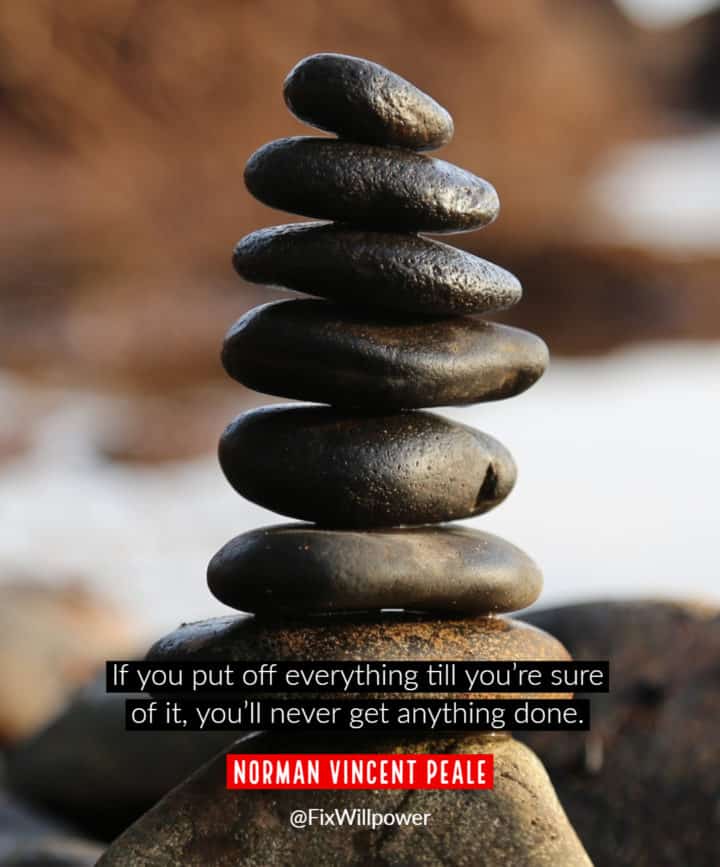 If you put off everything till you’re sure of it, you’ll never get anything done. ~ Norman Vincent Peale

Amateurs sit and wait for inspiration, the rest of us just get up and go to work. ~ Stephen King

After reading the quotes on procrastination from some of the top performers in history, start doing what you must do. If you don’t feel like it then to it for 5 minutes. 5 minutes is OK to start with. But tomorrow do it again for 5 minutes. Keep moving and at some point, do it for 6 minutes and then seven.

The only thing you must do is keep doing what you have to do.

You are moving in the right direction!

You are increasing your willpower!

You are building a habit that will be with you for the rest of your life! 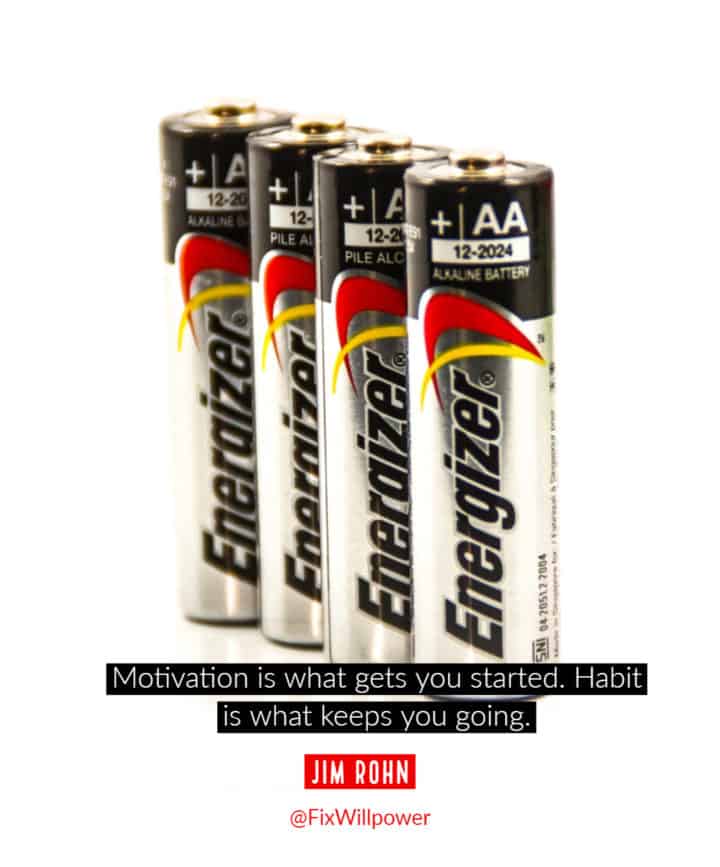 Motivation is what gets you started. Habit is what keeps you going. ~ Jim Rohn

In some cases, it’s a good thing to procrastinate. You can find funny quotes about procrastination that state when you do something at the last minute then you are older and therefore wiser.

That, of course, is a joke.

But in some cases, great artists have taken years to complete their masterworks. For example, Leonardo da Vinci and Mona Lisa. It took him more than a decade to complete it. But during that time he probably developed new ideas and techniques that helped to make that painting what it is today.

I spent more than a year completing this blog post. Even collecting information for the article about wasting time and overcoming procrastination quotes didn’t help.

But here we are, I hope you find my collection of anti-procrastination quotes helpful and share it with a friend who needs it. 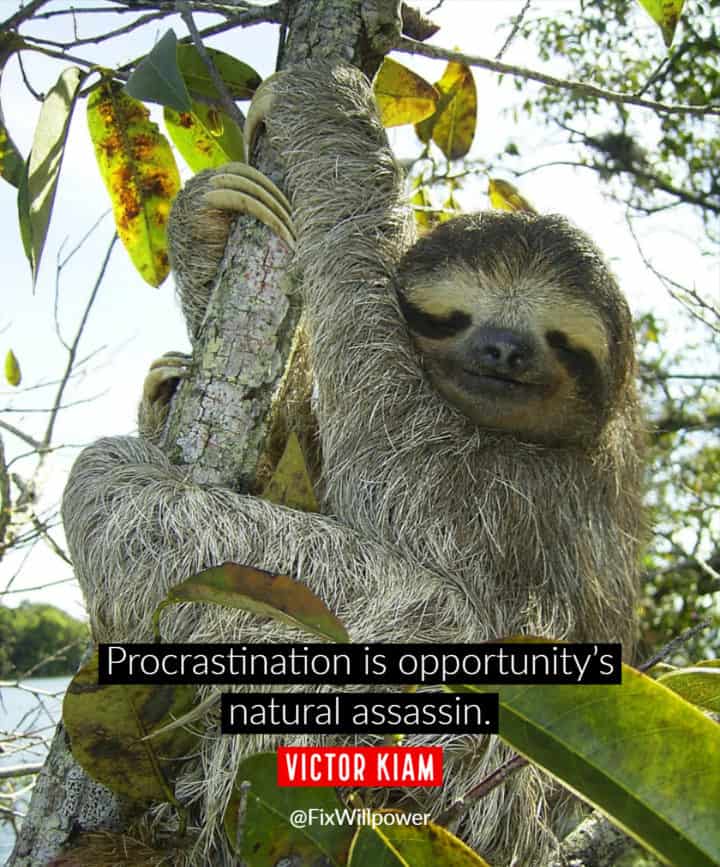 Time you enjoy wasting is not wasted time. ~ Marthe Troly-Curtin

You can find a selection of willpower quotes to help you get started.

Procrastination means avoiding a task that needs to be done by a certain deadline. It’s a delay of starting or finishing a task despite knowing it might have negative consequences. It’s a common experience involving delay in everyday chores or even putting off critical tasks, for example, attending an appointment, submitting a job report, academic assignment, or broaching a stressful issue with a partner.

The most prominent explanation draws upon “Intemporal discounting, task averseness and certain personality traits such as indecisiveness and distractibility” as the common causes of procrastination.

Start doing whatever you have put off. Find out how acting now will improve your life.

I have procrastinated on some tasks for years. Literally, I have an uncompleted task I’m working on right now that I started more than 3 years ago. And then there are the tasks that I simply threw out as they were no longer relevant because I procrastinated so long.

The first step is to forgive yourself. You are doing it because the task is hard. Don’t beat yourself up, encourage yourself to get started and keep moving.

Write in the comments what has made you procrastinate. How long have you been procrastinating?

How I Quit Smoking and You Can Too

How to Give Yourself Credit [and Why It Matters]

How to Stop Multitasking and 2X Your Productivity [in 2021]

Spend Some Time Alone [and Focus on Yourself]

Founder of FixWillpower.com. I created FixWillpower to help you reach your goals. I have struggled my entire life to be consistent and avoid procrastination. The goal is to have a good life, do the things you love and get your results with minimum effort. FixWillpower website is about how I create motivation and productivity in my life. I write about the tools and techniques, best books, scientific research, and everything else that helps you move faster and stay on track. Minimum effort doesn’t mean slacking off. Minimum effort is about effectiveness and productivity. If there is a way to reach a goal in a shorter time or with less exertion, then you should use that. I will help you be smarter and reach goals faster. About FixWillpower
Tags: ig, inspiration, procrastination